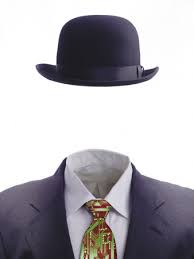 Has anyone always thought it would be so cool to be invisible? You could spy on people, go where you want, do what you want, or take what you please and no one would know? Invisibility is an awesome power to dream of having. Being like the  Invisible Man or having a cloak of invisibility to pull out at will to sneak by would be so awesome.

However, in the real world, invisibility is not fun and games. It is a miserable existence…a lonely life. How do I know? I have been invisible most of my life–almost all. I took one of those quizzes on Facebook that was titled “What kind of person are you?” and the result is that I was invisible. I usually don’t believe everything the quizzes say as gospel truth, but the description of what an invisible person is basically described my life to a T. It was along the lines of: “You usually work behind the scenes and no one notices you. You are usually left out, forgotten or passed over regardless of how hard you work. In a crowded room you usually go to the back of the room and away from the center of attention and on your way there you are unnoticed. No one knows what you did until you are no longer there.”

Can anyone imagine living their entire daily life as the Invisible Man? There would come a time that being invisible is not fun anymore, and you want to be seen. Even when you want to do something about, it the repercussions can be much worse than the invisible lifestyle. It really sucks. I may not have been physically transparent like the Invisible Man, but I was treated like I was. The only people in the world I had sustenance to was my family. I certainly am glad that I had a loving family otherwise I would have self destructed in some way.

What do you mean something can be worse than being invisible? When the only time you are noticed is to be ridiculed, yelled at, or a nasty confrontation can make you want to disappear. Then being unnoticed feels more secure than being seen. I was sometimes rebuffed or unwelcome when I did try to be seen, so then I fade back into the background and then scold myself for attempting to be noticed. After a while I stopped reaching out and remained in the backdrop and accepted this as normal for me. I never interacted with others unless I was invited.

This began in preschool and got worse as I got older. I already lived an isolated life with my family so peer interactions were already uncomfortable, but when just about all are negative then we have a problem. Sometimes I did nothing to be singled out to be bullied or made fun of. When backed into a corner I retaliated and then vanished. Being invisible felt good then or when another kid was the target and not me, but then I felt sorry for the other kid on the receiving end.

I was always the kid at school to be left out of the party when a group of friends was invited over. I never could figure out why, or just that I didn’t matter? In elementary school I went to another person’s house for a sleep over may be three times and I felt lucky to be invited at all. When I did go, I didn’t have the best time, and I hated playing some of the games definitely the ones where you had to choose a partner. Nobody wanted to be my partner anyway. I either wouldn’t participate and watch from my favorite corner or the back of the room where I had grown to love

Group work in school also sucks for invisible people like me. It’s not the collective thinking part it was the formation part. When there was an odd person out, that was always me.  As kids were scrambling to pair up to be in a particular group with a certain person, I just sat there because nobody wanted to partner with me. Sometimes someone would ask if I wanted to be in there group. That would feel nice. Other times a teacher would have to plunk me on a group and I felt like I was crashing the party, and sometimes I was treated as so.  I didn’t share my opinion and didn’t speak up unless spoken to even if I had a brilliant idea. Even if it was a brilliant idea, it most of the time was discarded from the fact I spoke out of turn or my opinion was not wanted or welcome.

High school was when this was at its worst. I didn’t belong anywhere or with any particular group. I had friends but none I really belonged with. I didn’t go to parties and I went to someone’s house maybe three times again. No one broke down the doors to invite me to do anything even if it was to hang out. I spent a lot of  time alone. For the most part my new writing career and Nintendo were my only friends. I spent time with family and that was mostly the only human interaction that I had that mattered.  I was asked on a few dates in school, but it was only because they had no one else to date and were desperate. I knew this so I respectfully declined. I wasn’t invited to the prom, but I didn’t really care. While everyone else was at prom, I was either beating the pants off of Bowser for the 16th time or I had a date with my newest book.

My summers were all about swimming, hanging with family and writing my book. When I sat alone at lunch at school I brainstormed about what would happen next. Loneliness didn’t hurt me anymore. I rushed to finish homework so I could write. No one at school knew I was a writer. I didn’t tell anyone and no one would have cared anyway.

Invisibility continued on into the workplace.  I was overlooked for promotions, raises, or praise. When I made a mistake though, I was noticed full blase and yelled at even if the mistake was easily fixed. People treated me like I was supposed to be a robot and not a human being; that made me angry–a lot. I felt that it was unreasonable and unrealistic. I was always on top of the list when someone had to be bumped off or axed. I was first in line for a demotion no matter how much hard work I did or how quality the work was. Relationships with coworkers were just as bad…most of the time. There was one coworker at one place and another small business where I had my best environment, but that was it.

My parents wanted me to get my work published. Judging from the rest of my life, I wasn’t in a big hurry to do it. I didn’t know how and I didn’t think my work was good enough. I was lassoed into going to a writer’s conference. I had menial expectations and set low goals. I expected to fail just like always. However the reactions were just the opposite. I stood out and I had positive feedback. I didn’t know what to think.

I learn how to pitch to publishers, and I don’t make it. I scold myself for getting my hopes up, so I go to college and I have a few friends, but interactions were a bit better. After school when I had my best job, but it was claimed by the recession. This was devastating.

I tried to procure other lab positions at no avail. I begin pushing my published book very hard to get it going. It was still going to be a long hard road, but I took this time to get ahead. As I busted my butt in this way, I became noticed by someone in the self pub industry. I stood out and was not invisible This felt good and uncomfortable at the same time. It was a once in a lifetime offer and I am in the process of claiming.  I am also involved in a project where I write articles.

Who knows where I’ll go next.

The Only Writing I've Learned to Hate

A writer hate writing? That seems a little weird doesn't it? All writers have something they're best at and something they struggle with or don't like as much. I, on the other hand, can write almost anything (I did say almost). I can write fiction and nonfiction, but I mostly stick to the sci-fi and fantasy realm. I've gotten to try out various ...