The Only Writing I’ve Learned to Hate 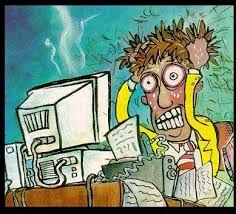 A writer hate writing? That seems a little weird doesn’t it? All writers have something they’re best at and something they struggle with or don’t like as much. I, on the other hand, can write almost anything (I did say almost). I can write fiction and nonfiction, but I mostly stick to the sci-fi and fantasy realm. I’ve gotten to try out various types of writing throughout school and recently in the past three months. I ask for pointers on a new type of writing, try it out, and ask for feedback on what needs work and adjust accordingly. Most writing is easy; most writing is fun, but there is one that isn’t.

What all have you written over the years? I’ve done both academic and creative writings. All writing is good exercise to a writer, except one, and I’m getting there to express why. 99% of all writing seems to have a purpose of some kind: a message, thesis, or a point that is being got across. Anyway, I have done just about every kind of creative writing imaginable: short stories, poems, novels, novellas… For nonfiction I’ve done articles, lab reports, book reports, blog posts, history reports. I’ve learned to enjoy these. Some of the academic papers I enjoyed more when I wrote about a topic, book, concept, or experiment I enjoyed doing/reading/learning.  Sometimes you are forced to write about something you didn’t like or thought was boring. I’m pretty sure the teacher/professor could tell I was bored with it. As a writer it shows in your prose whether you mean it or not. Word choice, barebones explainations just to name a few–just enough content to get the point across and be done with it–no elaboration. I like the writing, but I hated the topic, and that’s what made the assignment hard. I was thinking, “I would enjoy doing this report on something I am interested in rather something so boring. I’m going to sleep writing this, so the person grading it will fall asleep too. I can’t even get through the book or research. Somebody shoot me so I don’t have to do it!” Okay, I hate writing about a topic I don’t like, but that’s not the writing I completely despise.

Okay, here it is. The literary analysis paper. In case you’re a little fuzzy, it’s not the same thing as a book report. Book reports talk about the book and author: where the author lived, the plot, the characters, style, effects of environment on the author, etc. The literary analysis paper, on the other hand…I don’t even know what the point is to them. You have a real-world topic and back it up with blurbs from a book. To my logical mind they make no sense. To my creative mind they’re boring and pointless.

Aside from them being pointless and boring, another big reason why I hate these papers is because I made lower grades on these than ANYTHING else. Not just me, everyone else in the class. I can write a report on the most complex scientific concept and get a good grade or write about a book I read that I nearly fell asleep reading and get at least a B. Not these things! I didn’t even know what was wrong with the paper for me to receive the grade that I had. The grammar and punctuation and sentence structure checked out. I thought I made my point the best I understood it and picked out some quotes from the piece of literature that seemed to support the thesis. I spent long hours with these papers and you still give me a C? What the heck!? I can write a report on a boring topic like synchronized swimming and get an A or a B. The teacher tells me to go back and fix it or learn what I did wrong. That’s just it, I don’t even understand what’s wrong or what needs to be fixed. It’s not like I made a mistake on data or an equation so I could go back and fix it and be done. I would just stare at the paper with a blank stare and hopelessly shrug. I can support the thesis in every other paper I write, so why can’t I do it here? 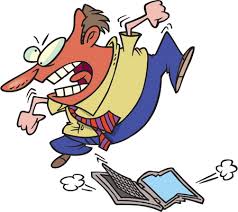 I had one teacher in high school and one in college that seemed love these things and grade them with a sledge hammer. The college professor in question was the devil. I spent 15 hours in every day on this paper and moments before I turned it in hoping for the best–the longest I had ever spent on a single piece of writing in my entire life. I was so tired I couldn’t even focus and it hurt to read another word. It turn it in and the woman gave me a D; it seemed like she didn’t even read the paper and went to town with the red pen! I was so angry that I could have chucked the paper at her and stormed out of the classroom. I had never in my life made such a low grade on a paper in my entire life especially after I had spent so much time with a piece of writing to the point where I was exhausted and had exposed and frazzled nerves. I think this woman had it in for me,  and I’m not delusional here. She seemed to watch me during class, and could tell when I was thinking. She would ask what I was thinking about during class in front of the class. That was awkward. I wasn’t the only one in the class who had a low grade…just about everyone. Other proof of this was I did another one of these annoying papers for an upper English course and got an A. I didn’t spend 15 hours a day for a week on it. That was the last one of those dumb papers I ever had to do. Good riddance!

I think these papers were only created to annoy the students and make literature class unbearable when the teachers are being mean on something that they can give you a low grade on because they can. It’s not like messing up a step in a math problem, or I used the wrong formula on this physics problem…you can’t even see what you did wrong! What other purpose do they serve than to annoy the students? People don’t write them outside of the classroom, and when they are assigned you can hear the entire class moan and groan and curse. Don’t get me wrong, I love literature. I read and write it. However, I do not hear or see what role literary analysis papers play in the professional writing arena. Maybe they do have a place, but I don’t see it or haven’t seen it. Maybe they’re on an academic database somewhere–I dunno. I don’t hear of people publishing their collection of literary analyses and listing them for sale on Amazon for the enjoyment of readers. I haven’t heard of anyone winning a book/literary award for their collection of literary analyses. Frankly I haven’t heard of anyone winning the Nobel Prize for writing one for a breakthrough of any kind that occurred because someone wrote one. People don’t write literary analyses on their blog. They don’t have sections in a magazine or a newspaper for them–scientific magazines include scientific research and blurbs from experiments, research papers, and journals that led to the latest great find or breakthrough. In literary magazines they include pieces of LITERATURE, author interviews, reviews of books (readers’ opinions/reflections), publishing world news, but no literary analyses here either (literary analyses are not literature). I don’t hear people tell stories that a publisher/publication just bought their literary analysis. I never hear anything about people wanting to buy them anywhere. I have never heard a reader mention that they read this great literary analysis in/on such and such magazine/website. All the above can have blank with a different kind of writing inserted in. I don’t even think they have a subgenre in nonfiction for them to be honest with you.  Of all the academic papers you can find a home for scientific papers and journals or articles galore for both literature or science. For literature, book reports that discuss an author’s work and background (usually existing as an article or a biography or autobiography). There is something tangible to learn or follow for others.

Let’s compare this writing with a scientific research paper since these are a type of analysis in the academic arena. Both have a topic or a problem that is being addressed. You are bringing in a supplemental writing to support the argument or the thesis. That’s about it. 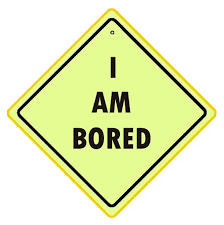 ontrast, in scientific research paper there is an experiment that tests the thesis/hypothesis. You have obtained raw data to ‘analyze’, and you determine if it supports or refutes the hypothesis and why. Other supplemental material in the research paper parallels the thesis for explanation of the concept or creation of an experiment, and everything is included into that report so someone can duplicate your work. Everything is objective–black and white. Now, the literary paper has no experiment. The thesis/problem/hypothesis has supplemental material from a piece of literature. Imagine a big question mark over my head. The scientific part of my brain can’t comprehend this. What are we ‘analyzing’? We have no data, no experiment, and no direction to or away from the hypothesis. How does a work of literature take the place of raw data in an analysis? How does something that is subjective support the thesis of something objective? Does not compute. Also, nothing can be followed or duplicated here by someone else. How can this be applied to real life? The creative half is asking where the creativity is. This is bor-ring. I’m not creating anything. I’m not expressing anything. I am not reflecting on anything. I am not expressing an opinion on something. The gray area in between the two just gives up and says pointless.

I wonder if anyone has ever asked these sorts of questions when they learn about these papers and when they try to write the first one in school. When the teacher said they were not the same as a book report and how they differed. I was lost and it didn’t make any sense at all of what I was trying to accomplish. I didn’t get it and I still don’t, and my bad experiences only feed my hatred of this style of writing.

You Know You're from the Backwoods When...

When you move to the suburbs and wonder why it's almost impossible to find live bait at a convenience store. In your hometown you had live bait available a both stores in town. When you go on a camping trip with people who plan to 'rough it' in the wilderness, and to you it reminds you of the good ol' days before you moved to the suburbs. You've ...