Being from the backwoods makes learning new technology a challenge or we are the last ones to know. We have colorful thoughts about things we don’t understand very well. Some things can be downright funny at times. Even civilized people have similar thoughts I’ve found out.

The entire idea of social media was hilarious. When I think of the media I normally think  of the paparazzi. Of course, they’re social; all they want to do is talk with a camera in your face. What could I do with a social media? It seems like it would actually be annoying to have. Besides, I’m camera shy, and I don’t have a clue how I am supposed to behave around one. In reality there isn’t really any media and cameras are optional.

Parts and types of social media had funny assimilations for me as well. Hopefully this is entertaining! 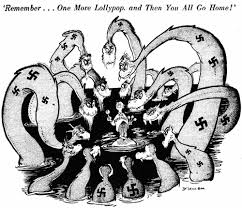 Over a year ago I had heard the term “blog” for the first time. What in the heck is a “blog”? Is it some kind of freaky looking monster from a Dr. Seuss story with a zany name? Dr. Seuss has all kinds of people, places, and objects with kooky names, so I thought this was no different. Also if you say “the blog” kind of slowly and in a creepy way it reminds you of “The Blob”. In either case it sounds like it is something scary that should be avoided. When someone would announce to come by and visit his or her blog, I didn’t want to. I wasn’t sure if it would eat me or not. Later on I found out you could put pictures and posts on one. No thanks. I don’t want to put something on it to make it angry. Where do you find blogs anyway? Are they under the bed or in the closet? Do they live in the woods and only come out at night? Do they live in the swamp and suck in and eat unaware hunters and fishermen or kids who get lost after dark?
When someone talks about making a post, the first thing I think of is the part of a fence that goes in the ground. It seems easier to go by the store to buy the post rather than make one. Do you want a wooden or metal one? Why are we building a fence anyway? How many posts will we need to keep the blog in the fence?

When I heard someone talk about “Twitter”, I thought it was something you had to go to the doctor for to get rid of, or it was some sort of chick lingo for something you’re feeling when you see a cute guy. Kind of like “twitterpated” on Bambi. It sounded like something else I should avoid or keep from coming down with. I really didn’t want to catch a twitter infection if I could help it!

The Handle: Why do you need a handle for a twitter? Can you pick it  up like a pan? Does it look anything like a pan handle? What do you do with it once you got a handle on it?

The Hashtag: Okay, this seems a bit weird! Are we talking about food or drugs here? Was twitter created by drug dealers? What am I supposed to do with this, eat it or smoke it?

The Follower: Is this a form of legal stalking? In all other scenarios you should keep a watch over  your shoulder for people following you, and it’s usually a bad thing!

Tweep: Is this the lingo for “creep”  in this neighborhood?! Sounds awfully scary…

Twitterverse: Is there a universe here? Have we just discovered a new dimension? Is it vast here? Maybe it’s a combination of the fever and too many hashtags…

The Profile: You mean they also do profiling here? Now this is beginning to sound like prison… 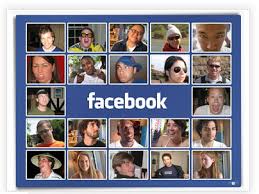 I had a funny thought about Facebook before I learned  about what is was too, and that was about the time I went to see a doctor about my Twitter problem  after I hid in the closet from the blog under my bed (kidding). I was wondering why a bunch of people were spending all day looking at some book with a bunch of faces in it. Why would I want to get on it and put my face in it and then look at everyone else’s? They also do profiling and put posts to build fences as well? Why are all my friends and family going nuts over this?! Nobody seems to like the twitter disease too much, and  only a couple people have a domesticated blog.

You can also anticipate my amazement when I heard that Facebook has a wall. Say what? Mixed feelings here. What is so special about a wall? I am envisioning a large white, flat,  and uninteresting thing. You just have one wall? What if I run out of room on my wall and I need three more? Next I hear people writing on each other’s walls. Okay this goes against everything I was taught as a little kid. Writing on walls is bad. The last time I did that I got in serious trouble. I suppose people are sneaking around and writing on someone’s wall, and then they get them back by writing on their wall. Also people post on walls. Well, I guess they don’t use fence posts here, so I envision a wall covered in post-it notes.

I also don’t get the poking thing. That sounds like something my dad or my husband does to annoy me. Do people do this to each other to be aggravating?

Okay, enough of the  funny stuff. I have already said that stuff takes longer to get out here and we can make colorful and hilarious connections about things that we  don’t know what they are. Once I got onto them I felt totally clueless about what I was doing and I was intimidated in the beginning. Once I figured out what this stuff was and how to use them they are actually fun. However, using social media does require a little bit of skill, but I am catching on 😉

Inspiration for this blog post came from this article in Scientific American about introverts. It has much to say about things I had never thought of before. I would think that most of the time people know whether they are introverts or extroverts early in life.  I would have never believed that society shows favoritism toward extroversion. Really? According ...