Why I Don’t Write Stories for Grown-ups 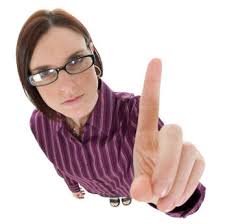 I have always had a hard time with growing up–when I was growing up. In some ways I did grow up, and in some ways I didn’t. I liked the part about being a bit more independent as an adult, but with that comes a lot of responsibility. That’s not the issue. Adulthood seems to come with some  boredom and a lot of RULES. This idea seems to transfer over into what they  read as well…at least as I view the world.

When I was a teen I did experiment with a few adult books. I didn’t mind the length or the big words. I’ll pass on the sex. For horror it was a new level of scary, or for the fantasy or science fiction we get into more abstract stuff, and of course, more action. At least that’s what I expected. They delivered…to a point. It seemed to take forever to get to the action or the scary or whatever. Why was there so much fluff? Once I got to the good stuff I devoured it and then it was over or after it was over it dragged to the end.

Background and backstory is necessary to build the world, characters, etc, but once I get the idea can we get some action now? Maybe I’m still a kid in that respect, so that’s my idea of what’s ‘fun’ for adults. It’s like going to the adult party and expecting to have ‘fun’, but with no fun food or activity and just talking. UGH! I’m an introvert anyway so  parties in general can be a bear.

And, the rules. This is where I came up with the idea for this blog post. In the twitter stream I ran across some ‘rules’ in science fiction and fantasy that was daisy-chained to another with more rules in science fiction and fantasy. To make this short the rules were banning what I had embraced and what I had come to know was in fantasy and scifi since I was a kid. I grew up watching Star Trek and Star Wars when it was already a little aged (in the 80’s).  Seriously? Who came up with these? No FTL (faster than light), etc. No prologue allowed. Huh? That can be optional or at least I thought so. There are others, but those were the ones that stuck in my mind. Now if you put FTL and a prologue you are jumping on the bed with a sharp object. I don’t know if there are weird rules in other genres. I hope they don’t outlaw ghosts in horror or paranormal books.

Adult books have the do this, but don’t do that. If you do this, you break the rules and reap the consequences; these don’t exist so much in MG/YA books. Adults also over-analyze everything.  There seems to be a limit on everything.  If you don’t use big words your work is childish. Adults like to slap the cliche label on everything too; kids don’t seem to care about that as long as it’s interesting and cool. You can’t write what’s COOL and FUN. If you do, it becomes cartoonish or implausible. It can be cool but  it must be in the bounds so to speak. I am not saying abandon the rules of good grammar or world building or smooth writing, but don’t choke out creativity!

I have always been more comfortable around kids and associating with them rather than adults, so I guess it carries on to my writing as well. Writing for adults can be very difficult…they are a difficult audience. Some adults are big kids at heart just like me and read books for young people, so adults do pick up my work, but it is not originally intended for adults.

I have mentioned in earlier posts and interviews that my debut novel is based upon my imaginary backwood and backyard adventures. Whether or not some readers have read my interviews, they seem to pick up on that since it reminds them of their own  kid adventures. That's something I would have never thought would occur. I didn't know books could do ...