How I Got Talked into Publishing 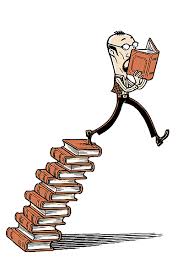 I have mentioned briefly in “Life of a Teenage Writer” and a couple other posts that I didn’t have publishing in mind when I began writing. That was probably the LAST thing on my mind. All I cared about was living my adventures and having an outlet. I talk about this story a little in interviews and in the interview in a local newspaper.

As I hammered away at the keyboard on that old computer in my parents’ bedroom, they couldn’t help but to sneak a peek. Especially since I kept them awake  into the wee hours on weekends and summer nights. I could stay up almost all night since I am a night owl and burn the midnight oil. However I would soon have to give in to the “go to bed” pleas sometimes since this wasn’t my own room.

My parents start talking about me writing to my grandparents and other family members. Both my grandmothers were readers and my mother’s mom likes to write a little, but books were a bit much for her to do. When they would come  over, I would be trying to finish that paragraph or chapter so I could visit with them. They couldn’t help but sneak a peek.

Then family members start talking about getting my work published. Since I began at 16, I had written about 3 or 4 books in about three years. I thought, Yeah right. I had no idea how publishing a book was done. I didn’t have the first clue. I wasn’t convinced. Of course my family would want me to publish because they’re family. Isn’t that what family does–to help you feel better about yourself? I felt like my writing wasn’t good enough. Everybody else in the world would think my stuff was stupid and childish. Publishers and readers would laugh at me until I was red with shame, and then I would crawl into a hole and never be seen again. Who reads stuff written by teenagers? A backwoods hillbilly teen at that! As far as I knew, only middle-aged people from the city get  published. I didn’t really believe in what they were saying. They had more faith in me than I had in myself.

Then my parents start talking about my writing at church. There was a couple other budding writers. One was a poet.  He would give out copies of his poems every Sunday to church members. The other lady was an inspirational writer. A couple more years  passed and I add another 3 books to my tally and broke into young adulthood. I was now 21.

Sometime during this time the old  computer crashed and we had to get it repaired. The technicians stumble across the stories on the hard drive and take a peek. When we pick up the computer, they mention the stories and say I need to get this stuff published since it’s good stuff. Complete strangers. How weird. Now I have someone besides family and friends telling me to publish.

This same year I was invited by the lady to attend a writer’s conference. My parents encouraged me to go with her. After some kneading I finally agreed. I didn’t take any excerpts from my books. I took a couple samples of some small stuff I had written in high school. The only thing of the books that I took were some of my character sketches. I go with very meager expectations, and wonder what I have gotten myself into.

When we arrive for the welcome dinner, I see that I am the only young person there. I was the youngest person at the conference. I felt like I was in over my head–big time. When the instructors gave their credentials, I felt like I was going to be eaten alive if/when I talked about my work. They were going to wonder what this kid is doing here with her silly little writings.

I go to some of the workshops that I thought was interesting to see if I can learn something new. As far as character development and the writing process, I already had that down. I mostly went to the “how to publish stuff”. This is back when traditional publishing was the only way. I never heard of self publishing here.

Dr. Dennis Hensley, one of the instructors, I was inspired by. I was able to land a  personal chat with him to talk writing. This guy had like 30 published books at Random House, etc, etc. I take my little character sketches and my little writings. I go with the anticipation of “These are pretty good ideas, but…” However after a few moments I get the opposite reaction. He couldn’t believe such ideas were coming out of such a young person. He asked how old I was. I was very bewildered by the outcome, but I was also excited.  This isn’t what I was expecting. It’s here I learned I had a talent that only needed to grow and season with time. He also asked if I was going to get this published and that I should publish. I told him this is kind of why I’m here–to learn how. I told him that I didn’t think my writings were good enough until now. Another person telling me to publish. Okay–so I guess I need to try to do this now.

After the conference I go home and apply my knowledge and begin trying to submit to publishers. They said it was hard anyway, but I thought I could do it. Nope. Oh well, I shouldn’t have gotten my hopes up. I give up and put it away for the time being since I am going to college in the fall. I won’t have time to do this and my college work. I don’t even know if I can get to my writing at all.

After college I begin to refresh my memory on how to do this stuff again. As I am looking around I learn about self publishing. I get my first book Neiko’s Five Land Adventure prepped and ready. My first run was a total bust since the publisher was a crook, but I redid it at a better publisher. I tell this story in a three part series on my other blog Newbieauthorsguide.com.

This book is not my best work ever. It was my first work I ever wrote and it is the first book I ever published, but most people are enjoying the book. It didn’t come out perfect when I wrote it at 16. I had reworked it several times over the years and got rid of some of the stuff I thought was totally lame and put something better in. The first title it had before it became Neiko’s Five Land Adventure was REALLY lame. So lame I may be embarrassed to mention it :P.A lot of the works I had written when I was younger need some reworking, but the overall story is great.

This Easter weekend was a nice break away from the writing desk. I was able to spend a lot of time outdoors doing outdoor activities with family. It was pretty cool to leave the Five Lands, Hawote, ancient Egypt, and social media behind a little while to recharge. Hubby took Friday off so we could plow the garden to get ready to plant and to prep ...