Remembering the Blizzard of ’93 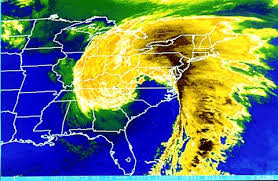 The Blizzard of 1993 has been named the “Storm of the Century” due to its massive size, complexity, and for the havoc it caused. Another thing that is memorable about it is that a blizzard happened where blizzards don’t happen–in the SE of the US. In the Deep South, we rarely get snow anyway, but when we do it’s a mess. Now, this really takes the cake.

When we get snow in the Deep South, we get what we call “wet snow”–not the powdery, fluffy stuff you get elsewhere. When the snow melts, we get tons of slush that can refreeze overnight giving you black ice. Travelling this for miles instead of a block adds to disaster,  and you must worry about the other people… This storm was no different in that aspect, but we had more wet snow than we knew what to do with.

For more stats on the Blizzard of ’93 check out this article on Wikipedia.

In March of 1993 I was a 12-year-old living with her parents in Rome, GA. Rome is located in the NW side of Georgia close to Alabama and Tennessee. The entire time we lived here we dealt with all kinds of extreme weather during the spring and fall. This is probably one of the worst and most memorable episodes on Backwoods TV…

The beginning of the day was a normal Friday. I got home from the bus and walked up our long driveway to get a snack, watch some cartoons and go on a backwood excursion. I had to cut it short since we had to pick my dad up from work since we only had one car at that time. 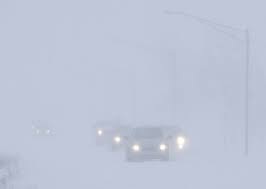 During the thirty-minute commute the storm hits. At first, it’s appears to be a regular snow, but there had been snow in the forecast and why Mom was anxious to go pick up my dad before dark. The closer we get to my dad’s job the more it starts snowing harder and harder. We are driving in downtown Rome in the middle of a whiteout. My mother is freaking out, but we get there–a miracle. After a few minutes we are ready to leave, but then the snowflakes have gotten larger and add to the weirdness. There were snowflakes the size of flapjacks. I’ll never forget that. They would flop over on themselves as they fell and floated to the ground like of pieces of paper. My dad drives us home since he has steelier nerves and it is also dark now–and in the middle of a whiteout. It’s a miracle we make it home. Even HE had to drive slow and careful!

Once we get home I go out and frolic about in the snow. I love snow. I walk in the woods at dark in a mini-adventure. However, the same path I walked no longer had my footprints–my footprints were filled with new snow in less than five minutes. That was weird, too. We go to bed.

The next morning we get up and it’s still snowing! To add, we had snow almost to the bird-feeder. We go outside and try to play in it. We couldn’t–there was too much snow. It was hard to walk in it. We had to high-step to be able to walk. I wanted to do my favorite pasttime of walking the woods to see them in snow.  That was definitely out. I only got so far and was worn out in no time flat. I was stripping off clothes since I was burning up from the toil even though it was like 20-something degrees outside. Walking in this much snow even wore out the dog. As we are playing and the snow is falling later on in the day, we hear thunder and see lightning. The snow clouds are a weird color. Now THAT’s just weird! A snow thunderstorm (called a thundersnow)? Can this storm get any weirder?

Sometime that day the power goes out. Joy. Our little adventure is just beginning. The power stays off all day and as daylight drops so does the temperature. We get us a fire going in the fireplace. Thank God! Anyway we also hang up blankets over the living room doors to close off the rest of the house since it was a large house and the fireplace couldn’t heat all of it. Mom takes the loveseat; I take the couch, and Dad takes his favorite recliner, and we sleep in the living room.

Days pass in this fashion. We become dependent on the fireplace for warmth and more. Our stove was electric so we had to use the fireplace for cooking as well. We used a dutch oven to cook chili and other stuff and we hung it up on the flue. My parents made coffee with a hot-coal peculator. I had to read books by kerosene lamp or candlelight. We had stepped back in time, and I am certainly glad we had this stuff to fall back on! We also had to use the dutch oven to heat water to take a bath in the sink.

It has been about six days and we still are without power. We live way out in the boondocks. We are beginning to run low on firewood. We had a nice little trail in the deep snow to the woodpile. The snow was slowly melting. I haven’t been to school in a week, but I was kind of glad. However, I am beginning to miss my Nintendo because I am a gamer after all. I also miss talking to my friend. I couldn’t call her since the phones were down, too. The snow was staying around forever.

After seven days we finally have power! I was happy! I played Nintendo after I got tired of playing in the snow. Even though the power was back on, and everything was hunky-dory, we still didn’t go to school for another 3 or 4 days because of down trees, remaining snow, and tons of black ice.

Now what happens here really SUCKS! When school is back in we have to have school  on a Saturday. OMG! All the students have a cow, even me. If anyone skips they are going to spend a day in ISS on Monday unless they are sick and have a doctor’s note. Six straight days of school, Sunday off, and another full week of school. *moans, groans, and head desk* I recall them also taking some our holidays off away, but that didn’t suck as much as having school on Saturday. I don’t think ANYTHING so far that happened or COULD suck more than having to go to school on Saturday. No cartoons, no wood adventures. And, to top it all off, they gave us homework, and lots of it in every stinkin’ subject. Salt to the wound! UGH!

This is my week long adventure in the Blizzard of ’93. It’s always a charm to talk about and share!

Last year during the spring and summer of 2011, we had the worst year of copperhead bites in history in the US Deep South. A lot of this had to do with the drought last year that dried up a lot of creeks and streams where wildlife would go to find water. The snakes and their prey were all looking for water. Where did they all come? Where humans ...