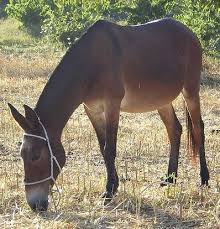 Plotters and pansters are two divisions of authors and their writing style. For the longest time I had no idea there were such things–here again due to my isolated environment.

When doing an interview for a book blogger, I was asked the question if I was a plotter or a panster. I wished I had a camera to take a picture of the stupefied look on my face–I had no idea. I could surmise what a plotter was due to taking down evil villains and their evil  plots in my own pretend adventures…someone who sits down and outlines every detail of their evil scheme–er, story in the author sense.  But a panster? Not a clue in the world what that is.

The first thing that crossed my mind was a panster was someone who gives wedgies or sits around all day on the seat of their pants, but those couldn’t be it. So I had to ask my friend Google. I didn’t want to appear as an absolute dummy by asking a question that would appear as common knowledge in the author community.

What a panster is is the opposite of the plotter–it’s someone who sort of “wings it” or goes with the flow of the story and direction of the characters. They don’t really plan anything. They are spontaneous so to speak.

Even when I found out the difference between plotters and pansters, I wasn’t either in their pure form. I was a combination of the two–a splice–a hybrid.

Is there a name for that?

Well just like any sort of hybrid or splice they can have interesting names–labradoodle, liger, mule, henny, wog (if that’s right).

So are people like me called plansters? I know I am not the only one out there that is a plotter/panster hybrid. Has anyone developed a name yet?

Plansters will start out with plotting the outline of the story–a point A to point B scenario. We may have ideas of what may happen on the way to point B.

Then our characters take over and still get us to point B. They say and do things on the way to point B that we could have never planned–it comes out awesome. Our characters come alive and if we tell them what to do they seem to get mad at us or tell us, “I wouldn’t do that! You can’t make me do that!”

If we do, then they tell us so. Then we headdesk or hang our head in shame.

It’s a funny thing being a planster. It makes interesting conversation material for interviews anyway. People think we’re looney tunes when we talk about how real our characters are–at least those who aren’t writers.

We feel like mules: both a horse and a donkey, but at the same time we’re neither.

Today must be hybid day for me or something since I wrote about hybrid publishers on my other blog Newbie Authors Guide.

So are you a plotter, panster, or planster? Please share your thoughts! I’d like to meet fellow plansters as well as the plotters and pansters and find out what it’s like in the purer forms!

The Next Big Thing Week 8

I would like to thank Jonathan Gould for tagging me for this wonderful author event called the Next Big Thing. Please stop by and see him ;) Before beginning to answering the questions, I'll tell you I was torn about what WIP to write about--I have a lot of irons in the fire so to speak, but they're all from the same series. I have my Book #3 ...