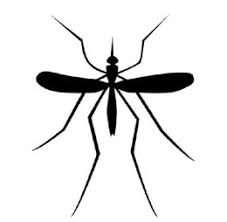 In addition to the ticks, 2012 has also been the worst year for mosquitoes in the Southeastern US. We always have more of these than most other places on a regular basis, but this year seems to top it off. All due to that mild,  warm winter without a killing frost.

I have lived in some  places that were  pretty bad but these pesky critters are everywhere!

You can spend about ten minutes outside and need a blood transfusion because they attack you by the swarms. Around here when the mosquitoes are bad we say “they’ll tote you off”. No kidding. They will. Almost literally. If I ever have to go outside during their lunch time, I set a timer on a tactical watch my father gave me. No blood transfusions for me, thank you.

Mosquito bites are so itchy  in addition to the blood transfusion you are literally clawing yourself to death. Hundreds of red whelps appear on any exposed skin you have including your face. Arms, legs, face, hands, feet–you name it; they’ll bite it.

That high pitched hum in your ear is just as annoying as everything else about these pesky critters.

Around here we call ’em skeeters–and we hate ’em.

Populations were so bad that exterminators have had to treat places  for both larvae and adults.

West Nile is on the rebound. I haven’t heard of any cases way out here, but there have been reports in the Atlanta area.

Haven’t heard of malaria, yellow fever, or all the other nasties they carry, but that doesn’t mean there have been cases of it somewhere.

I wished I could go outside without having to put something stinky on. Can I go off somewhere without putting on the Off! spray? It’s that or be swarmed and itching in addition to being a few ounces lighter. Decisions, decisions. Dilemmas…

I think we have 3 or 4 cans of insect repellant, thermacells, citronella candles, and all that wonderful stuff to ward of the swarms. What did our ancestors do to ward off the hoards so they didn’t itch to death?

I’m hoping for a frost bomb this year that will nuke the pesky little critters. Let justice be served!

My Love of Worldbuilding

I have been world building ever since I can remember. I always thought it was fun and just enjoyed doing it. I could sit in the woods for hours constructing an imaginary world. It's no wonder I seemed to gravitate toward fantasy and science fiction as an author, but I like thrillers and horror on the side ;) I guesstimate my love of world building ...