At first I decided to be different and write about the needs of snakes, but their wish list isn’t very big–neither are fish or honeybees.

So I decided to write invite my Belgian Malinois, Shadow, and get this from his point of view. I’ll probably be the one taking comments since he normally doesn’t take to strangers well. 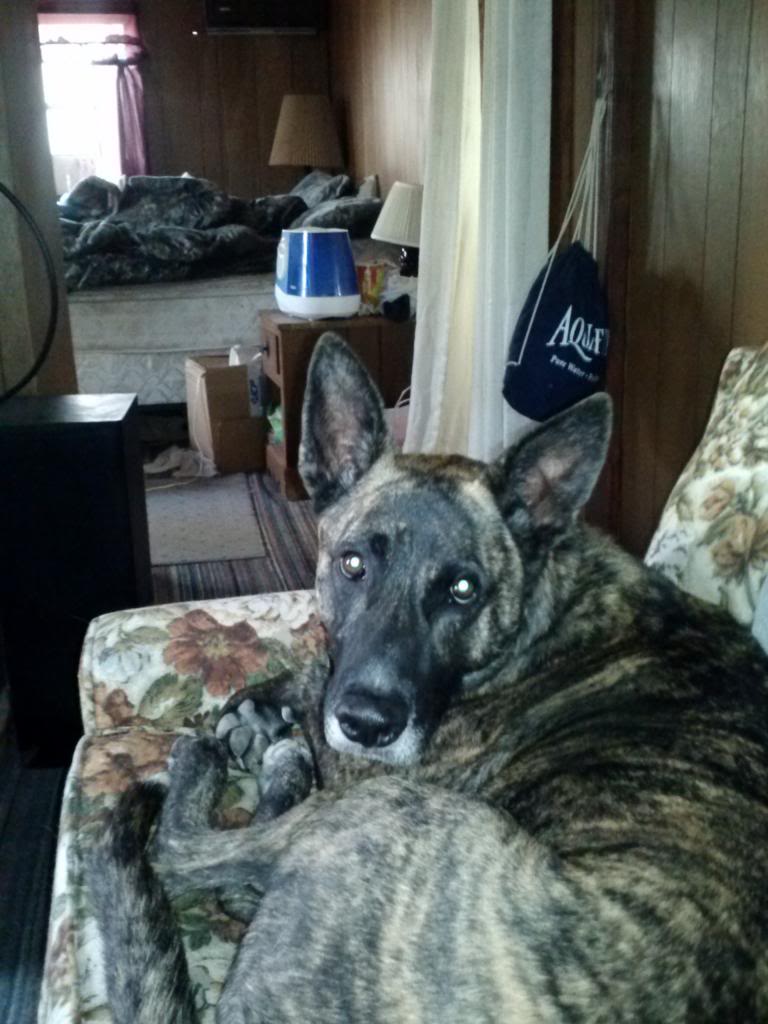 Hi, my name is Shadow. I’m not usually fond of strangers, but today I suppose I’ll make an exception–at least for a minute–Mom  will take your comments for me–like she said. I normally like to bark or growl at strangers, and I just dare them to pet me!

My owners are basically my parents. I am still thankful for the day I hitched a ride with my father, and he brought me home. I was alone and hungry on a desolate dirt road–I was just a juvie. My life has been different ever since.

One thing is that as long as I am with them I’m content, but that doesn’t mean I have wants, too!

Take me riding: I’ll ride anything–boat, tractor, car, truck,  mule (the UTV not the animal–I don’t like them). If it has a motor and it moves and mom and dad or either one is on it–I’m hopping on! I’ll go anywhere with them as long as they say the magic words: “Load up!” When we go boat riding though I have to remember not to go after the fishing lures when mom and dad cast them. I also want to lick the fish, but they won’t let me!

My favorite is the big green John Deere tractor at ‘Uncle Johnny’s’. He’s not really my Dad’s uncle, but that’s what they call him, so I’ll do the same, I guess.

Gimme human food: Alpo is boring! People have such tasty and all sort of neat and scrumptious foods! I’ll pass on the raw potatoes and cold grits thanks! My favorite of all is french fries!

Stuff to chase: I’ll chase anything if it runs! Coyotes, deer, armadillos, birds–you name it, I’ll chase it. I think my favorite is squirrels. We have a lot of them around the house. I’ve been known to chase a few trespassers into their car a few times! That was before Mom would hold onto my collar that is. I’m not one of those dummies that likes to chase cars unless Dad is coming home!

Oh, I also love to bark at and chase snakes. Mom and dad are kind of funny about that though. They’re scared that I’ll get bitten by one of those rattlesnakes or copperheads. I can’t tell the difference–maybe that’s why, and I think they said they could hurt me real bad or kill me or something. If it has no legs and moves, I’m going to bark at it and chase it!

Chewies: Give me my Bony-bones (rawhide bones)! I like just about any dog treat out there. There isn’t anything I don’t like. I even like to chew on sticks, rocks, and pine cones. I have gotten in trouble a lot for going through the garbage while mom and dad were gone. They won’t take me with them to the grocery store or a few places. What do they mean they won’t allow pets?! Ugh! I guess too many strangers–grrrr!

Oh, I almost forgot! I love to chew on bones and deer antlers that mom and dad find while walking in the woods at home, the club, or Uncle Johnny’s house! I don’t even mind chewing on the ones the squirrels had been chewing on first 😉

Toys: I looove toys! I can make my own. Dad brings home bunches of tennis balls from work. I don’t know where he gets them all. I don’t care as long as I have them! Not only do I chew on sticks and rocks I play with them. I have been known to play with apples, persimmons, plums and other stuff before deciding to eat them!

Something to hike my leg on: I’m a boy dog so I like to pee on things. No really, I do! Bushes and tires are my favorites! I haven’t peed on anyone’s feet yet–I may do it sometime, but I might get in trouble for that. It would be nice to have my own tire, but I’ll still use the car and truck tires…

A snow day: I looove snow! I eat it and play with mom and dad in it. Something about cold weather gets me excited! I hate hot weather! It wears me out! My brindle coat doesn’t help  in hot weather, but for cold! Bring it on! It doesn’t snow enough here though :(.

That’s all I can think of at the moment. Mom will take your comments for me–you’re already overstaying your welcome  as far as I’m concerned. I’m going to lay down beside her.

Any comments or questions for Shadow? Didn’t he do good? I may need to give him a Bony-bone AND a Puparoni for being so GOOD and not barking, growling, or biting anyone!

The Next Big Thing Blog Event: Escape from Ancient Egypt

I was invited again to participate in this fun activity. This time I was tagged by fellow fantasy author A.M. Day who wrote Throne of Olympus. On the last occasion I talked a bit about Book #3 Black Hand Vacation, but this time I decided to back up and talk about book #2 Escape from Ancient Egypt instead of moving along to Book #4 since it will ...