The Keys to a Tomboy’s Heart: Tips for Guys Who Love Tomboys

Today’s post actually is a result of Google searches that has led to another one of my posts: Valentines for a Tomboy Part II. I’m not sure of anyone read Part I but I digress… Anyway, there have been a few guys here and their ask the omnipotent being we all know as Google on how to treat or get a tomboy something special on special days like anniversaries and such. Not a bad start, guys.

Most men have a great deal of trepidation when it comes to stuff like the anniversary, Valentines Day, birthday, and all the fun things like these around women of any kind. Men have a hard time understanding women anyway, but tomboys are a totally different ballgame altogether (no pun intended BTW). I would know because I am a tomboy. My then boyfriend (who is now husband) was in this same boat at one time.

So, when it comes to the special gift or a night out it, usually comes down to what does she like/like to do? What sports is she into–what’s her favorite team? Does she like animals? If so, what kind? Where does she like to go? What is her favorite restaurant? You usually can’t go wrong with chocolate, unless she doesn’t like it or allergic. Is she into music or video games? What kind?

If you are trying to keep it a surprise, ask parents and friends.

For an example, I really have a lot of interests. I would rather play sports than watch them. I would like to go spend a day at the lake or the woods rather than the mall. If we do go to stores let’s go to the pet store, sporting goods store, or a video game/electronic store. I love animals of all kinds. Even a day in the field playing catch or shooting skeet is ideal.

Once my then boyfriend found all this out, he felt more comfortable with surprise gifts. A baitcaster or a paintball gun trumped roses and diamonds in my book. Instead of bringing a single rose or a piece of jewelry, a surprise snake, lizard, or a cool looking bug was just fine. 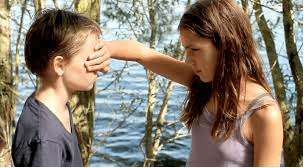 When it comes to movies, hardcore tomboys like stuff like action, horror, thrillers. We’re not really into love stories or drama. For dinner we like steak or fish like the next guy and having a shake isn’t bad either. We can go to the fish or steak house as opposed to the Melting Pot or someplace expensive.

So what it boils down to is to find out what she likes. Oh, and find out if she does or doesn’t like pink–some of us do, most don’t.

So pretty much it would almost be getting a present for your little brother so to speak ;). I hope that helps those tomboy lovers out there!

I would like to welcome Sandra Miller back to the backwoods! She will be sharing with us some "unusual" tips to becoming a better writer. As writers we are always improving our craft--we never become "masters" Enjoy! Many people often wonder, ‘how do I become a better writer?’ Well, writing has its challenges and because of its subjective ...