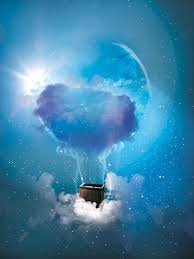 Writing inspirations seem to come from a lot of places for me, even when I was writing as a teen. Books, movies, video games, nature, and sure–the random thought that flies by while I am zoning out or doing some menial task that makes me stop and say, “Hey that’s good! I could put that in a book!”

Most of the time these inspirations ended up in the Neiko Saga. Well, I guess you could say “old habits die hard”. I’ve been thinking about Neiko and her worlds for 17 years now–my how time has flown! It still seems like yesterday that I sat down and wrote Neiko’s Five Land Adventure that started that whole thing.

My creative mind has wanted to branch out a bit to go outside that familiarity, but with a little skepticism. I’ve already ventured into nonfiction a little already. Those come from experiences and facts more or less.

What I was going to write about? Who am I going to meet? I had somewhat flat-lined a bit–was Neiko and her friends and enemies not giving any room to any newcomers? Some of the Egyptian pharaohs who have a spot in my head are not giving up theirs! *ahem* Absolutely WILL NOT. I guess it’s their prerogative or something (or that’s their story and they’re sticking to it)–some of them have been there for quite some time, and not necessarily due to any planning on my part…

Well, they lost the battle. New people are moving in. Back to what I was saying.

Three new series have been born out of a couple of random writing activities and a dream. Yes, a dream. I have had a couple inspirations for another Neiko book/character or two or three as a result of a dream, but not an idea for an entire trilogy.

A couple years ago I wrote a thriller short story to submit into an anthology. Well, if I can sit down and write a 100K work fantasy book for a teen experiment, I can do a thriller short story for an experiment (this isn’t chemistry where something could blow up :P). I love action adventures and thrillers, and I already have part of the equation down. I just have to do something real world and no talismans, magic crystals, etc. “Bloody Klondike Gold” was born.

To make a long story short, the story didn’t make the anthology. The group that was hosting the anthologies kind of went belly up and not doing the things they used to. I would try to find something else to do with it. After an invitation to join ReadWave (it’s a cool site to get reader feedback), I uploaded it to their site. I received some awesome feedback on it.

I mused more and more in the protagonist Randi for a bit and before I knew it I had some stirrings for a series. This short story may end up being one of several “shorts” mixed in with full length, or I may rework it to see if I can make a full novel. Still deciding on that. Either way there will be a Randi Braveheart Mystery Series.

Of all things Native American folklore, I have heard more about the thunderbird off and on since I was a kid. It’s a very interesting creature/entity–it’s not really prevalent in the Southeast as much it is among Plains and Northwestern tribes, but still! Native American folklore is very interesting and it would be interesting to see different entities across the Americas interact or clash like they never have before (I guess). This will make for some fun research!

So far, we have human detective Jade Crowe who is Navajo, Comanche, and Caucasian, the mysterious Jacob Rainbird (he is not who he seems), and the mysterious Nightraven who is a dark and evil version of the thunderbird, who also possesses the abilities and the traits of the raven (shape-shifting, trickery). So far I have been working on Jade’s Comanche grandmother Emily Redcrow and her mother Rachel Crowe. There is friend Adrian Nighthorse, but is he who he says he is?

Jade’s father dies during a vicious and mysterious attack when Jade was a little girl during a thunderstorm. Now she fears thunderstorms; lightning and thunder claps bring back terrible memories and so does the pitter-patter of the rain and the blast of a 12 gauge shotgun. Was her father’s death the result of a robbery or something more?

This is the trilogy that came to be as a resulted from a dream. The dream was the spark that turned on the flood gates. This trilogy is not a mystery or a thriller; it is a high fantasy.

One day I was jotting down things and finding pictures for my visual side. World building has begun! Not all the details are finished. Dagon the Demon King has placed a curse on the King of Terabithia’s daughter and seeks to claim her and to rule the world. The Three send down the Light Sword and the Tri-oracle to aid the king in destroying the Demon King. The Demon King and most of his minions cannot withstand the light.

On the princess’ 5th birthday there is a total solar eclipse, and this only happens about every 500 years–the Demon King can perform a ritual and be immune to the light and be invincible–the evil Demon King also has other plans for her. After being betrayed by one of his brothers, the king is killed by the Demon King, but the Light Wizard is able to imprison the Demon King.

The king is laid to rest by his surviving, faithful younger brother with the Light Sword, and he must find a new warrior ‘bears the name of the land that also bears the mark of the Tri-oracle on his forearm’.

The traitor brother attacks with some of the Demon King’s forces including the Four Horsemen. Terabithia falls, the Tri-oracle is stolen, but the Light Wizard flees with the princess and a few refugees to the unhospitable Barbarian Lands.

Adopted by some Teribithian peasant refugees by her uncle, who goes his seperate ways, the princess grows and she lives an unnaturally long life due to the mark curse of the Demon King. She is hardened into a warrior because of training and tragedy, but she cannot risk taking back her legacy and restoring her kingdom alone… Almost 500 years pass, and the Demon King hasn’t given up the hunt…

Needless to say I have a lot of work to do! Ha ha! Can’t wait to dive in and more Neiko adventures to get into as well 🙂

Guest Post: How Music Can Help with Writer's Block by Diana Maria

I would like to welcome back Diana Maria back to the backwoods! She will share some thoughts about how music can help with writer's block at the scientific and physiological levels. Enjoy! Music has a unique power for the writer's mind. The reason is that music consists of several powerful strings of sound, which provides the writer a stimulant ...