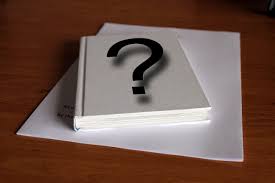 As of late, I have had book ideas come from the craziest places at record speeds. Then begs the question if I will be able to write everything and have it published before I die.

That problem will have to see how it goes. In the meantime the flush of new ideas and then writing them will be fun.

It wasn’t. From what I read from the plot summary, it appeared it was going to be a snoozer. I was also disappointed about how the plot turned out to not be a supernatural thriller or mystery kind of thing. Then that disappointment became my idea for The Manuscript. Or at least part of it.

The part of the plot that I really liked most was that an aspiring author finds an old manuscript somewhere written by another author under their name and it becomes a huge success. After that some weird things start happening.

Where The Manuscript will deviate from The Words is the age of the manuscript and the author would actually be dead and the weird things happening would be supernatural in nature caused by the bygone author. The dead author will need the help of the living author to break his family’s dark curse and solve an old mystery and some of the clues are written in the manuscript itself.

The secret of the deceased author’s family came from a sub plot from a video game of all things, but I built on that. The manuscript was a written account about the family’s atrocities which were true events. He had never intended for the word to be published, and that author had written books in his time and published under a pen name since his last name would have brought shame to him. Of course the 21st century publisher and the readers across the world would think this published work was fiction and so would the living author (at first). This book will be an overnight success and compared with names like Edgar Allen Poe, Stephen King, and Thomas Harris in all it’s horrifying glory. Again, the stuff in this manuscript are true events. Just think if anything written by these authors had ever been 100% real: actually taking place, a real person, etc.

As for the manuscript, the deceased author, and the birth of the family’s secret, I was looking at about the 1630s in colonial America. The living author would be in the 21 century and he finds this old, handwritten manuscript at an auction and pays $5 for it. After reading it, the author publishes it as his own. The dead author basically become a character in the story and is the focal point of the “tale”, as it is written in first-person.

I won’t be getting into the nitty-gritty of it too much, but this sounds like it will be a fun project!

Last week I decided to go on a search about for some black mamba pictures that may go on the cover of my WIP Black Hand Vacation. I decided to look around for ideas despite the fact I haven't begun the edits and illustration plans yet. There is going to be some cutting going on too! I'm still writing another Neiko book and other ideas are coming ...