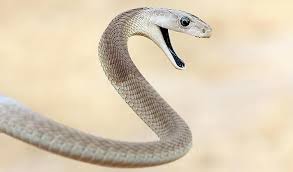 Last week I decided to go on a search about for some black mamba pictures that may go on the cover of my WIP Black Hand Vacation. I decided to look around for ideas despite the fact I haven’t begun the edits and illustration plans yet. There is going to be some cutting going on too! I’m still writing another Neiko book and other ideas are coming in for several new series… Funny how that happens!

I was looking for like a drawn representation that would go above the title. The search was pretty much a bust.

The drawn representations were pretty much all wrong–they looked more like black rattlesnakes or cobras (there are big differences here), or they left out the characteristic black mouth. The only ones that were remotely correct (which were so few) did not fit what I was looking for. I decided that not too many people know very much about black mambas. People don’t know much about snakes in general, let alone any particular kind of snake.

So what does the black mamba have to do with this book?

The main villain, Nightcrawler, has a strong affinity for this snake. He likes just about all highly toxic venomous snakes and other deadly animals, but this is his favorite. Some reasons may be they reflect some of his personality and skills. Another is that they are deadly. He is someone you don’t want to meet in a dark alley.

Another creepy thing about this guy is that he can handle these deadly creatures, and they will obey him. He has no magic or cannot speak parcel-tongue. It’s some of those strange, unexplained things about Native Americans and other native like people. He can handle them like some people do a boa or a kingsnake. His first venture with this “gift” was when he was a small child–pick up and talking to wild timber rattlesnakes. Needless to say his mother about had a heart attack.

Was he from a bad family? No. His parents and other brothers except his twin were very good people. It’s just they had a couple bad seeds. Very bad seeds.

Here are some interesting facts about these creatures:

I have watched quite a few reptile wrangling shows to see these snakes in action. They can give even the most experienced snake handler a run for their money. One misstep and it’s a trip to the hospital, and something can go wrong really fast. Oftentimes, they don’t look forward to a showdown with a black mamba, and each successful capture without a bite is a blessing.

Truth be told, there are reptile breeders that sell these snakes on the internet, but I wouldn’t recommend buying one unless you have a death wish :). Nightcrawler can get them from there or simply go to Africa if he feels like it. I would just hate to be the person try to arrest him for that type of contraband though.

I know it's been a long time since my last post, but I have been to hell and back the past five months or so, but that is another blog post--maybe a post for next week. Now it's time to get back into the swing of things. Yesterday on Oct 8, I decided to get up and watch the lunar eclipse that took place-funny how the news got the time wrong, ha. ...