From the TBW Stack: Books Still Being Lived 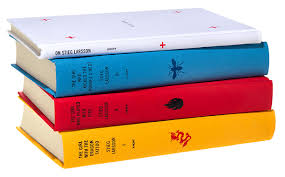 My TBW (to be written) seems to be ever-growing! Now I seriously wonder if I will have them all written before I die? It seems like some readers’ TBR (to be read) piles. However it takes more time to write and publish a book than it does to read it.

Just how big is this TBW pile now? It’s getting close to over 60 books and going into other genres outside of my Fantasy comfort zone. The two newest ones are nonfiction–the antithesis of fantasy. The topics of these are bittersweet since they cover some pretty dark and serious topics, but sweet in the fact that my own suffering may be able to help someone else overcome or help a loved one who may be dealing with these issues. These issues are what made me hate reality in the first place and create elaborate fantasy worlds to escape to and why I began writing as a teenager.

What do I mean by “still being lived”? Since these are nonfiction books about parts of my life, a couple of them have not been completely written by my life to where I can write the words THE END and feel resolution. One of the books I have talked about writing before, but there is a blank in the subtitle and I haven’t reached the end yet–I will mention more in a moment ;).

Here they are in no particular order:

Rising above the Ashes: From Bullied Child, Teen, Adult to ______: I know I have mentioned this book before in some blogger interviews, on this blog, and from participating in Bullying Awareness Month. This is the book I mentioned had a blank in the subtitle. This book is still being lived. I am actually still on the journey so to speak. The blank will be some kind of arrival at some success of some kind, but I won’t know what that is until I arrive. This book will be mostly snippets of my life, metaphorical  and lyrical essays, and poems that talks about the chronic bullying I endured for more than 20 years, the thoughts and feelings of going through it, and the pain and strength it takes to overcome it. I know I can start writing pieces from the past and present until I arrive at said future arrival.

Overcoming the Fear of Man: This is the fear of people, not of the male gender, ha ha. I have seen the “fear of people” referred to as the fear of man. There is a disorder called “anthropophobia” which is translated as “fear of man”. This is a very real disorder that I am still working through as well as some personality and anxiety disorders that I had developed from the chronic bullying and from the development of a very severe form of post-traumatic stress disorder (PTSD) which I will talk about in a moment. Anthropophobia doesn’t work the same way as other phobias like arachnophobia (fear of spiders and other arachnids) or ophidiophobia (fear of snakes) where I climb on a stool and scream at the top of my lungs if I see another person. Here are some better known phobias that can paint a picture about how a person from anthropophobia may feel when they encounter a person or social setting they don’t know even though the triggers are different: astraphobia (fear of storms), hydrophobia (fear of water), nychtophobia (fear of the dark) or claustrophobia (fear of tight spaces). Just as the things in themselves can seem harmless, they can have potential dangers to them as well and someone can have traumatic experiences linked to the fear of the thing that is linked to the phobia.

I know that some readers may be thinking, “How can someone be scared of other people? Isn’t it just a little shyness?” No, anthropophobia and other issues like Avoidant Personality Disorder (AvPD), Social Anxiety Disorder (SAD), etc are not the same thing as shyness–they are a lot worse and shyness taken to an entirely new dimension. I will talk some more about these in an upcoming blogging series, and these are things I am still recovering from–I have worked through a lot of the fear, but I am undergoing a lot of personal development in leadership and social skills. These disorders can wreck your life and hamper your professional career!

Now to address the question how someone can be afraid of other people–if someone has been abused and/or has been inflicted with human-inflicted trauma by one or more people and/or over an extended amount of time, that’s how. From the prior book you can probably see where the source is but at it’s core this problem is a secondary survival mechanism with living with PTSD. All this became so bad that I was more afraid of another human being than grizzly bears, crocodiles, or venomous snakes. If I had to talk to a stranger or manhandle a 9 foot Eastern Diamondback Rattlesnake, I would choose the rattlesnake. I know more about how to deal with a snake than I would another person!

This book is still being lived, but it is near to completion!

Combating and Overcoming Post-traumatic Stress Disorder: This book is very close to the end of the “living it” part. Now I am working on the research and notes for this. I may start the actual writing of this book pretty soon. This the is core of what caused the issues in the previous book, but these will be written about and addressed separately even though they were interrelated for me and have similar methods of overcoming and combating the issues. In this book I will talk about the 3 types of PTSD (yes there are 3), how it can coexist with or hide in other disorders (since it took me a while to find the heart of the matter). I honestly believe that this disorder is as old as the human race itself, but it is not completely understood. I honestly think a lot of people may have had or HAVE the disorder and not know it (that was me). When people think of PTSD they first think of natural disasters, war, or other types of extreme circumstances. Other causes are not addressed and often ignored or shrugged off. You don’t have to experience the trauma to develop PTSD, you can just witness it.

PTSD was introduced into the psychology manuals until after the Vietnam War. The other two forms of PTSD, Complex PTSD (C-PTSD) and Continuous PTSD (CPTSD), are known to exist and are recognized as real issues, but they aren’t included in these manuals. Now, that doesn’t not mean they are not very serious or they are made up! To be truthful, they are more extreme and detrimental than PTSD. When trying to find out more about PTSD, since I knew I had it, some things didn’t quite fit, and I didn’t understand why. When I FINALLY ran across some information about C-PTSD, it fit like a glove. Everything I had ever feared, thought, or experienced was there. I found another great webpage, but I will share it later. I had suffered chronically with C-PTSD for more than 20+ years and I am just 34 at the time of this writing. My first development with PTSD was about the preschool or elementary school age–when I was introduced to bullying.

I will go into more detail about this later on in another blog post, but C-PTSD and Continuous PTSD are more advanced and more severe than just PTSD (not that I don’t think this isn’t a serious disorder), or as I am now calling Simple PTSD (and that’s what the term will be in the book). There are a couple other things that make these forms of PTSD more insidious: 1) continual trauma that causes PTSD over and over again over a period of time that builds on itself either in the past or present or both 2) perceived or real inability to escape the source of the trauma 3) enhanced vulnerability of relapse or re-victimization.

If anyone knows someone who has had to overcome Simple PTSD or has done so themselves, they should know it was difficult to overcome. So you can instantly guess how difficult the other two can be to overcome. There is a very fine line between the latter two, and they can kind of bleed together. I believe the line runs between the risk of personal physical injury or death and the type of environment–this will be covered in this book as well as a later teaser post! 🙂

If you have any questions, comments, or more, please share! 🙂

I Want More Readers not Lovers

I have been stewing on this post for sometime now, but at one time I was going to call it "I Want More Readers not Boyfriends". The change came about after receiving a barrage of emails and a few odd requests by ladies who wanted to discuss something other than house, gardening, or books. This has come off as a bit of a rant, ...