I Want More Readers not Lovers 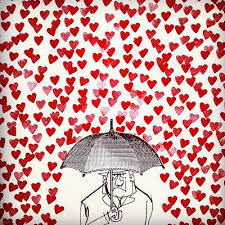 I have been stewing on this post for sometime now, but at one time I was going to call it “I Want More Readers not Boyfriends”. The change came about after receiving a barrage of emails and a few odd requests by ladies who wanted to discuss something other than house, gardening, or books.

This has come off as a bit of a rant, and I know of a few other authors who have had similar complaints–even a few reviewers for that matter.

Well, there was the creepy bookseller from last year and a couple other discomforting encounters with other men last year–one ended up being a bully on top of it all. It seemed like accepting their “friend” request on Facebook meant that I was interested in an amorous relationship or something. Not hardly. I was befriending them should they be a reader who wanted to connect since that is part of my job description as an author. Maybe I would have the extra added bonus that they wanted to read/had read my books and wanted to send fan mail.

This year, it seems that it is bleeding over into my other social media accounts–especially Google+. I shake my head in bewilderment. Now the ladies seem to be hitting up my email, maybe a guy or two now and then, and they are finding me on Facebook. I just delete them and don’t answer, but I can’t help but wonder what has this world come to?

I know there are lonely people out there. I get it, but why get to the point of troweling Facebook, Google+, Twitter, etc and hitting on people who are trying to be professionals? Doesn’t that seem a little creepy to you? Put the shoe on the other foot, people. Would something like that freak you out if you were walking a mile in my moccasins?

Another thing that baffles me is that I don’t post anything lewd or sensuous as that is not my branding, and it would be inappropriate for me to include such things for the age groups I write fiction for. That’s not to knock any romance or erotica authors out there. So I don’t know where these weirdos are coming from.

I have had to put my relationship status (married) on all of my social media accounts for these creepos and homewreckers and hoped it would keep them away. It still doesn’t deter all of them, though. I never put it since it has nothing to do with my public persona, but one guy “assumed” that since it was left blank that meant I was single. #headdesk

It is highly recommended for us to include our headshots for our platform, but due to all this, I wonder if I should just put my book cover by up like I do for Twitter? Or will that solve anything?

Now if someone messages me on Facebook I tense up. I just HOPE it’s not going to be another one. Please be a reader! In the name of all that is holy, please! Turns out it is not a reader, but another hopeful trowler, and I have to rebuff and unfriend. I haven’t had to block anybody yet, but if I do, they will be reported. No questions asked. No ifs, ands, or buts. Don’t wake up the Spartan, I beg you. #CPTSDSurvivor #BullyingSurvivor I have had enough harassment and abuse to last two lifetimes. I have had dealt with sexually charged defamation and lewd comments made by bullies out of sheer meanness, but never have I dealt with sex abuse and nor do I want to.

This kind of stuff going on makes my CPTSD itch. I twitch.

These are not the kind of lovers I am looking for. I am looking for readers and book lovers, other authors, or anything related to books. I am not looking for the amorous encounter online or anywhere else. Isn’t that why I have a husband? I do want fan mail from readers. I do. I don’t want anything icky and begging me to be their wife/girlfriend/lover. #blech I’m out of the dating game for good. Sorry.

I like to hear from readers or people online who would like to get know me as a person, a professional, and to reach out to me to tell me that they liked one or all my books–or have some kind of worthwhile conversation other than if I am married or not, looking for a romantic relationship, or would I leave my husband and go to their country of residence for a hookup. I can handle spam easier than this. Spam isn’t icky and emotional drama garbage. Never been much for drama–that’s why I don’t write it. I write adventure. Drama is boring. Real life drama is even worse; it gives me a migraine headache.

Not all have been foreigners. Some have been Americans. Some people I would have given my due respects, if they had not gone to this level of deplorable actions. I really and truly expected more out of them. Boy, was I disappointed.

So, here’s the thing. Be a reader, help me find more readers, have a respectable conversation with me, or get out of my way. Like the lady says on the video, “I ain’t got time for ‘dat!”

I know I can block, unfriend, and the like, but it is still annoying and I hate that the waves of this filth are coming my way when I am trying to connect with readers.

Guest Post: Reasons Why Using SEO Is Good? 15 Ways You Can Be Certain by Eve Haugen

I would like to welcome Eve Haugen to the backwoods today to share a guest post about why using SEO is good (if you ever wondered). Check it out!   It is a question frequently asked by start-up websites and budding bloggers, “Is SEO really worth it?” Well if, either by luck or judgement, your website or blog shows in the top ten listings ...