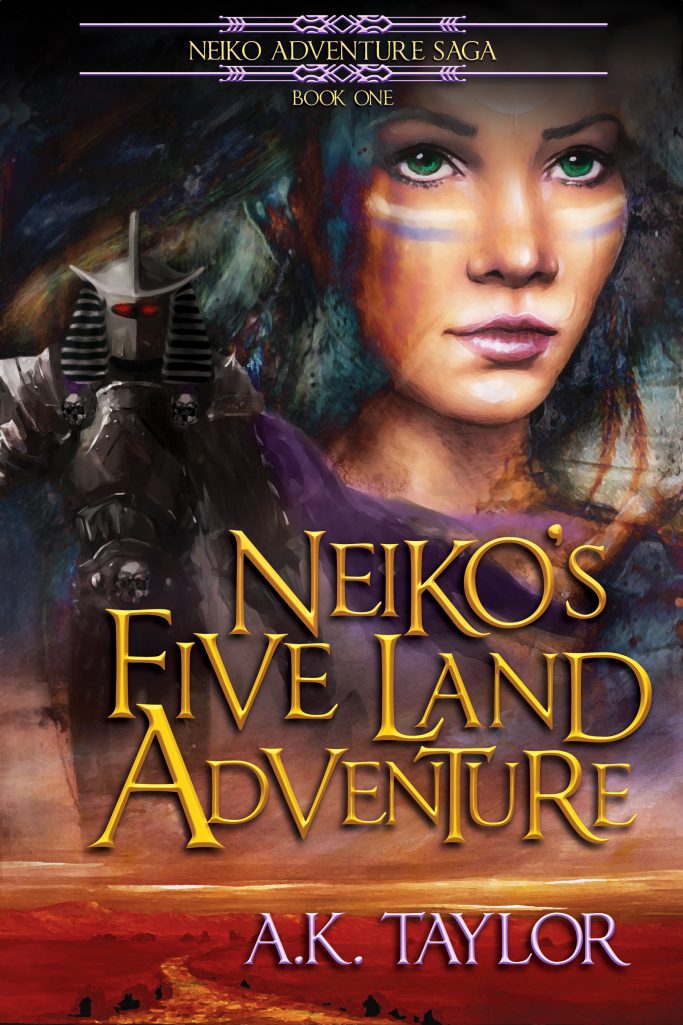 What if the fate of two worlds rested on the shoulders of one person: you?

The childhood secret of a troubled teen warrior is used against her by her enemies. It turns out what Neiko imagined is real, and she becomes trapped in the same world she imagined by an otherworldly evil that is worse than the devil. Getting home is the least of her problems.

The Indians and the Crackedskulls are locked in the turmoil of a war that has raged for centuries, and it is presently in a stalemate. Her enemies, Raven and Bloodhawk, have come up with a scheme to take her down, but in doing so they inadvertently open the door to another universe and to an otherwordly evil. Neiko later finds out that a land she thought she had only imagined is actually real, and the dark being is not a figment of her childhood imagination–he is terrifyingly real, and she faces him for the first time. To make matters worse, it is now in her world, and he has evil plans especially for her.

After several standoffs with the malevolent Ramses the Dark Pharaoh in Hawote, she is trapped in Qari by his strange and powerful magic. Trapped in another universe and in a place that is not exactly the way she imagined it. She must somehow find a way to teleport home. That is easier said than done; the odds are overwhelmingly against her and her scorpion-cobra companion as they must travel to find the answer and help, but at the same time avoid Ramses’ allies, taps, and tricks. Can she come back home and turn the tables on her enemies? 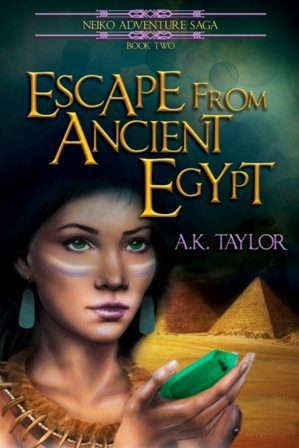 When being stuck in the past has a whole new meaning...

What if your worst enemy sent you on a one-way ticket to the past? Worse, later he shows up and tries to play match-maker with a dominant historical figure while all of history and the future on the line? Survival is just one problem, but then add your friends into the mix…

Following an intense battle between the Indians and the Crackedskulls, Neiko and her comrades enjoy victory while her enemies suffer a crushing defeat. Victory is short lived for Neiko when Francesco pays her a visit at her home and sends her away in order to collect on his threat of revenge. She is banished into the ancient world of ancient Egypt during the reign of Ramesses II the Great on a one way ticket.

Lost and trapped in this ancient world, it doesn’t take very long for trouble to find her. Taken by a rich man, she is reunited with three of her friends that had been missing, and an eleven-year-old mystery is finally solved, but one of Neiko’s friends is still unaccounted for. After escaping from the rich man and journeying to Thebes, Neiko and her comrades have actually jumped from the pan and into the fire.

Things go horribly awry when Pharaoh finds out about Neiko and becomes infatuated with her. Francesco comes to Egypt on orders to bring her back, but he has other plans. Can Neiko and her friends thwart Francesco, return to the 21st century, and escape from the past and one of the greatest kings that ever lived? 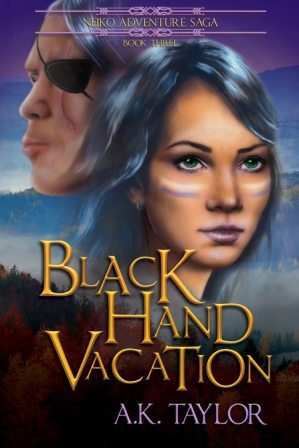 When someone else’s demons come back to haunt you.

A new threat from an old, dormant enemy resurfaces to shake the foundations of Hawote. Neiko finds that she is next on their target list…

While Ramesses’ ka haunts her after leaving him and ancient Egypt, Neiko faces old and new dangers in both Hawote and the Five Lands. She conceals lethal, ancient secrets while she and her friends foil one scheme after another with narrow escapes. Just when she thought her life couldn’t get any more complicated, her mentor’s old enemy poses a new threat.

After twenty-five years, the Black Hand sweeps across Hawote, avenging the supposed death of their previous overlord. Death threats and disappearing youth are just the beginning. Once Neiko has been targeted, she is put into hiding under her mentor’s watchful eye with a vacation as a cover. Will Neiko have a quiet vacation with a bit of rest and relaxation? Yeah right. That’s when the fun really begins…